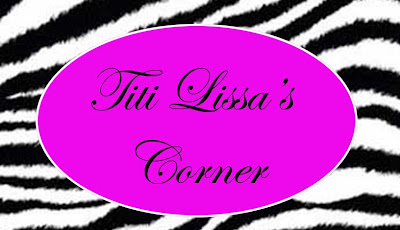 On the Saturday while my sister was on vacation, my mother asked me to watch the girls so she and my dad could visit family in Connecticut. I agreed and made it over to my mother’s house ready for my babysitting duties.
When I arrived, Ava was sleeping and my parents were awaiting their ride. I was told Ava would be sleeping awhile since she woke up super early and that my brother – her godfather - could handle her. I checked out the movie listings and saw that a movie I had wanted to see was playing at the movie theater near my parents.
I asked Layla if she was interested. For those who don’t know Layla, she is pretty fascinated over movies. Her eyes opened up really wide as she said, “M-O-O-O-V-I-E.” She didn’t even care what it was. When I told her it was a movie about birds and it was in 3d, she was sold.
I got her ready and we walked over to the movie theaters. Umm, I didn’t realize how LONG A WALK IS WHEN YOU ARE WALKING WITH A THREE YEAR OLD. I gave myself enough time to get there because I had a feeling it would take a long time but what typically takes me 15 minutes or so, took like a half hour. At one point, I realized we would be missing the start of the movie if we kept walking at her pace, and I picked her up and jogged the rest of the way.  She enjoyed that for sure.
Regardless of the length of time it took to get to the movie theater – the walk was a lot of fun. We saw flowers and I told her what they were. We saw a mechanic shop and I explained what they were doing and we saw train tracks and STOPPED. She asked me about them and I tried my best to explain. 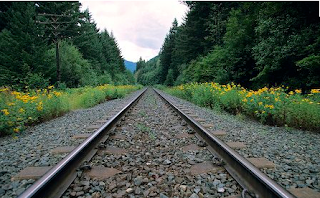 Her primary questions was, “why can’t you walk on them?” and I explained it the best way I could. I told her electricity powers everything around us but its too dangerous for us to touch on our own. She made a song about it, want to hear it? Here it goes.
“I Love Electricity.  Yea Yea Yea. Electricity makes things move. Yea Yea Yea. E-L-E-C-T-R-I-C-I-T-Y!”
Once we arrived at the movie theater, I learned my first lesson.
-       Taking kids to the movie theater early is THE WAY TO GO!
It was just me and like three other sets of parents (or aunts/uncles) and children. LOVED IT. One point for Titi Lissa - Zero for everyone else!
It was great because she was able to take in the entire movie experience with no rush. Her little feet walked at whatever pace they wanted to and I let her.
We bought our tickets and I asked her if she wanted popcorn. She said, “yes.” I told her, you will be getting the small bag and she said, “no. I want a big bag.”
Lesson number 2: Do not bargain with your niece.
I didn’t. I told her the big bag was an ugly yellow color and the small bag was a beautiful pink color.  She bought it. Two points Titi Lissa.
Lesson number 3: DO NOT LET THE PERSON AT THE REGISTER OFFER SODA.
Children hear EVERYTHING and I was not about to have her drink soda. Part of my plan was to tire her out so my day could run smoother, soda would not allow that. I cut off the girl at the register and gave her the look and said, “WATER PLEASE.” Layla didn’t catch on to that.  PHEW!
Lesson number 4: 3-year olds don’t understand what 3D glasses are.
They didn’t have RIO playing without 3D so I had to talk her into putting her glasses on and it really didn't work. It was cute because I kept watching her lift her glasses so she could see the difference.  It's probably what tired her out because . . .

. . . LAYLA FELL ASLEEP WITH HER HAND IN THE POPCORN BAG.
I thought, "not so bad. I will just watch the movie and wake her up after." Movie was awesome by the way. It finished and I tried waking up the sleeping beauty.
NOW THAT WAS DIFFICULT.
Lesson number 5: 3-year olds are HEAVY when they are sleeping.  Total dead weight. 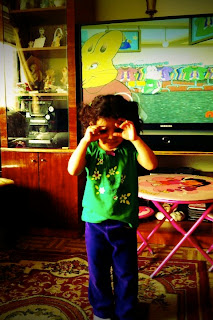 I carried her. She woke up and was lost. Poor thing wanted to go back and see the rest of the movie which I could totally not afford and have no control over. I asked her if she wanted McDonald’s. I had told her that if she behaved she would get a happy meal. She replied, “no, I want to go home and sleep.”
YES!!!!!!!!
I love the girl but the thought of her sleeping as Ava is waking up just made my day that much easier. We made our way back home and the rest is history.
I SURVIVED MY DATE WITH A 3-YEAR OLD.
Posted by MODERN MOM at 10:08 AM